The booth consists of Rasgado’s architectural installation comprising five connected walls into which he has incorporated fragments of museum exhibition walls from the Museum of Contemporary Art in Antwerp (M HKA). The installation is designed to look like a group of separate art fair booths—each space presents artworks by the different artists amidst the former museum walls. Depending upon a viewer’s vantage point, she will see either the former museum walls, the work of the other artists, or a combination of both.

Rasgado selected artworks that consist of new and used materials often associated with construction and decoration (plywood, steel, plastic, adobe, paint, textile, LED tubes and a broken television monitor) that represent a range of different cultural histories. Despite the variety of materials, the range of countries represented and the diverse narratives, the booth will convey a harmony that unifies rather than divides. 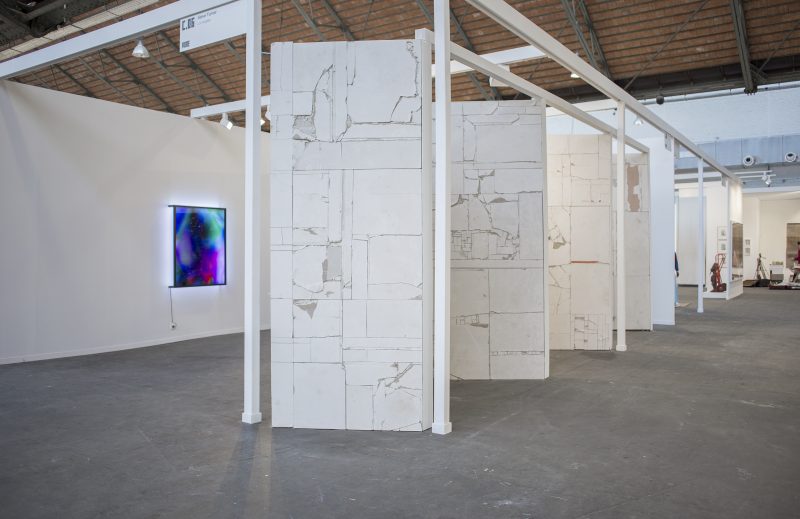 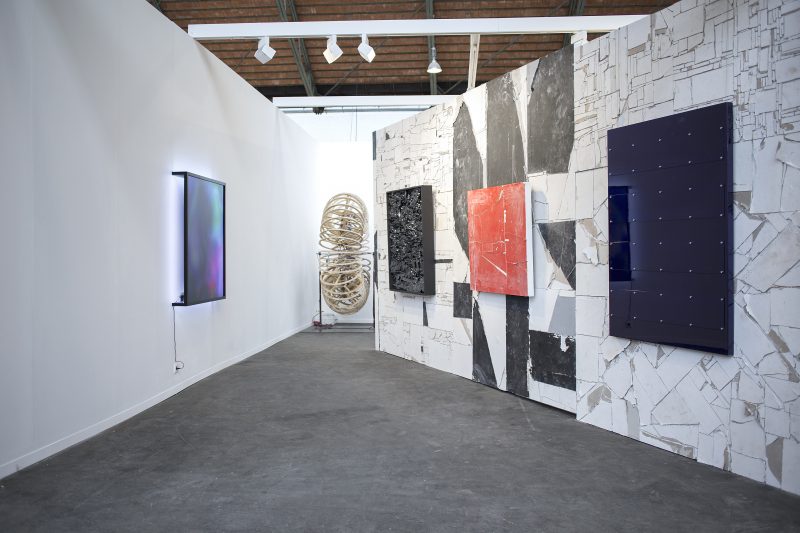