Waves crashing on the Mediterranean shore can be subtly heard along Herald Street with the storm water drains echoing with the sound of Kostas ‘Coast to Coast’. Originally commissioned by the National Museum of Contemporary Art (EMST, Athens), the hard boundary of the kerb becomes a changing shoreline as public art becomes a fluid presence.

The subtle gesture of a person walking by, of bodies behaving in public, collected and interpreted by Rosana Antolí form ‘Virtual Choreography. Choreography of Hackney Wick’. In the film, architectonical renderings of the area encounter cut-out hands taken from original videos where members of the community perform their everyday gestures. All these videos are part of Antolí’s interactive online platform ‘‘ an open database of movements that allows the audience to visualise and upload several of their own recorded motions. The work references Erwin Wurm’s ‘One Minute Sculptures’, here transformed into what Antolí refers to as One Minute Social Choreography.

Yet our shared space has moved so far beyond the street, as virtual communities grow and connect Jonas Lund assembles a constant rain of twitter feeds in the work ‘’ forming a shared schizophrenic voice of public opinion. Snippets of opinion, often sharp like the collection of objects that form the long line of ‘Acts of subtraction’ by David Rickard. A collection of potential punctures removed from London streets by the artist to form an ongoing public sculpture of subtraction. Inverting the typical process of adding to the public space, the work offers a subtle, uncharted contribution to public experience.

Invisible interactions with the public also inform Tim Sandys’ collection of weathered boxes ‘Citizen’, with each unit containing a personal object of the artist’s choice and strapped to the underside of a different car and left to navigate the city streets. The public become unwitting collaborators, guiding the work through the city until those that can be found are secretly removed and returned to an orderly grid.

‘For Sale Chair (King)’ is made from a discarded real estate sign, the detritus of the property market, collected by Matt Calderwood and reconfigured into a chair – no waste is left. Real estate signs are often deliberately left up and abandoned by the property agents to serve as illicit adverts long after they should legally be removed. As the artist states: “I decided to take them, to make them my property and then exploit their properties”.

Also appropriating elements of the city fabric is Zuza Golinska with her ‘Piercer Series’ that populate the gallery space. Distorted and dysfunctional stainless steel handrails referencing architecture’s role in controlling undesirable behaviour, yet also modified and pierced suggesting a transgression of boundaries.

‘Light-footed light-fingered‘ brings together acts of subversion, sharing and taking to consider the artist’s role within public space. Public art defined as ‘art placed in the public domain’, is typically static and often monumental in its physical presence. In contrast this exhibition brings together a group of artists working within public space but leaving little physical evidence. Like pick pockets, lifting ideas and taking objects, tweets and gestures to form subtle interactions with the public, blur boundaries and offer new possibilities for what we might call public art. 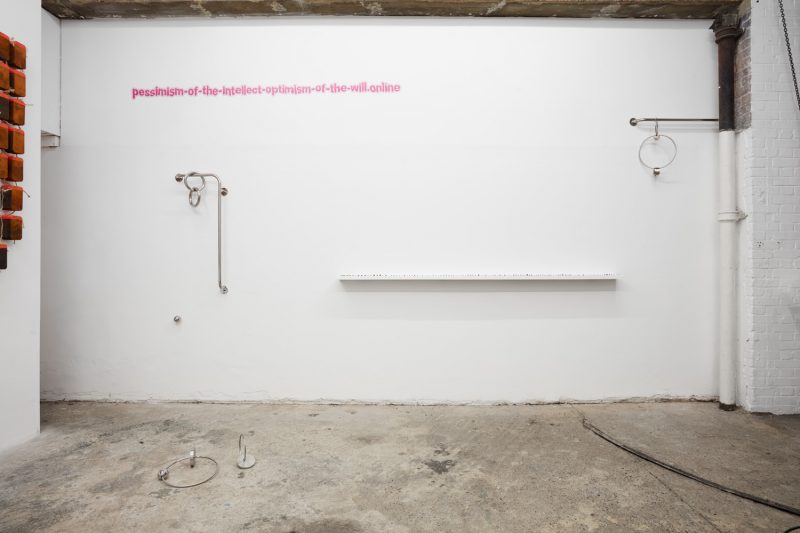 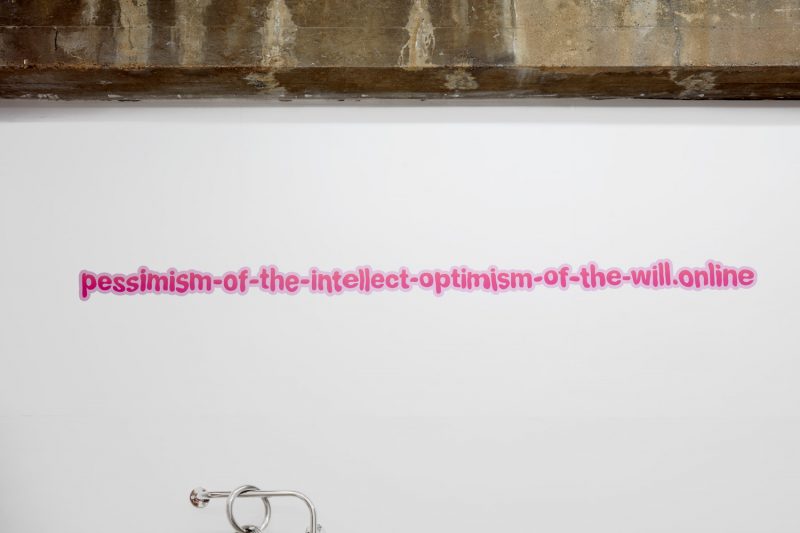