Labour – one of the defining aspects of our capitalistic societies – is also one of the sides of contemporary life that has been more affected by technological innovations and by the advent of post-Fordism. Although increasing automation has actually caused many forms of human labour to disappear, it has not – as many thinkers have predicted – brought an end to labour. Instead, it has led to – together with other innovations, such as the rise of device culture and social networks – its fragmentation into plenty of micro labours and its infiltration into every moment of life. In other words, today, no matter if we are unemployed, self-employed or working at a regular full-time job, as “technology users” we are always working. Hyperemployment is a group show meant to explore these and other dimensions of what labour has become through the works of eight international artists who have focused their research on the topics of automation and gig economy, the end of free time and self-improvement apps, social media fatigue and quantification, among others.

Talk to Me by Jonas Lund
Text By Domenico Quaranta

Among the other works, Hypermployment will premiere the new editorial shape of Talk To Me (2017 - 2019) by Jonas Lund, a three years long online project inviting people to chat with a chatbot version of the artist. The project amassed something like 1.6 million lines of text, which have been translated into a shelf installation of 36 heavy volumes with the help, again, of stellar designer Federico Antonini / Superness. For the books, Domenico Quaranta wrote a short text that you can enjoy below.

On October 21, 2017, at 6:17 PM, Jonas reached out to me with a proposal: to turn his online piece, Talk to Me, launched a few months before, into a book. According to the official text, “Talk to Me is a conversational chatbot, […] trained and modelled on all previous instant message conversations (Skype, WhatsApp, Facebook Messenger) as typed by the artist himself to create a smart, machine-learned, automatically talking version of the artist.” But in reality, Jonas told me, “it’s just me typing the answers through a Telegram bot, so each time someone uses the website I get a message on my phone and I answer.”

I liked the proposal. I’d had a couple of short conversations on the website before this revelation, and I’d never perceived Jonas’s chatting with me as something different from a chatbot. He repeated my sentences, he answered with questions, he looked pretty dumb, just like a bot. This switch, from a bot emulating a human to a human emulating a bot (pretending to be him), opened up a whole new range of questions and issues and changed the piece from a software intervention on the artificial intelligence hype into a daily, exhausting performance.

Anyway, at that time, the possibility of publishing the book faded out, only to return about two years and 1.6 million messages later. Parsing these thousands of pages, you will be confronted with a monumental, three-year, outsourced, unsuccessful effort to perform and re-enact the Turing Test, involving hundreds of participants from all over the world. I say “unsuccessful” because “Jonas” is actually a hybrid intelligence, part human, part software. The “real” Jonas is there, but often the chatbot takes over the chat, as it becomes crystal clear when the software crashes and starts endlessly looping the same series of sentences. But sometimes the “real” Jonas comes back, and as he tries to behave like a bot, you can never really say who’s speaking from behind the screen. The opacity of online communication, together with a masterful application of the liar paradox, protects Jonas from all our efforts to understand who or what is actually talking to us. But, of course, the same opacity protects the visitors as well. How many humans have been chatting with Jonas? And how many bots?

This can be seen very well in Jonas’s chat with a user named “Tarball”. On May 3, 2017, after asking each other to prove they are not robots, Tarball writes: “Too bad Jonas! Nobody can prove anything here! What a mess!” And Jonas: “That’s my point Tarball.” The day after, Tarball comes back as “pup”, saying: “Here is what I think. This app actually involves both a bot and a human. The automaton does all the quick answers and makes sure the answers remain fast. The human adds an (sic!) layer of reflection, selective memory and prediction.” Jonas: “That is not correct Tarball.” pup: “shit”. Jonas: “shit”.

It’s thanks to this endless, flexible play on identity that Talk to Me becomes an apt metaphor of the human-software continuum that we experience online on a daily basis, with all its consequences and biases: the end of truth, the exploitation of AI to fake human communication, and the exploitation of humans to fake automation. 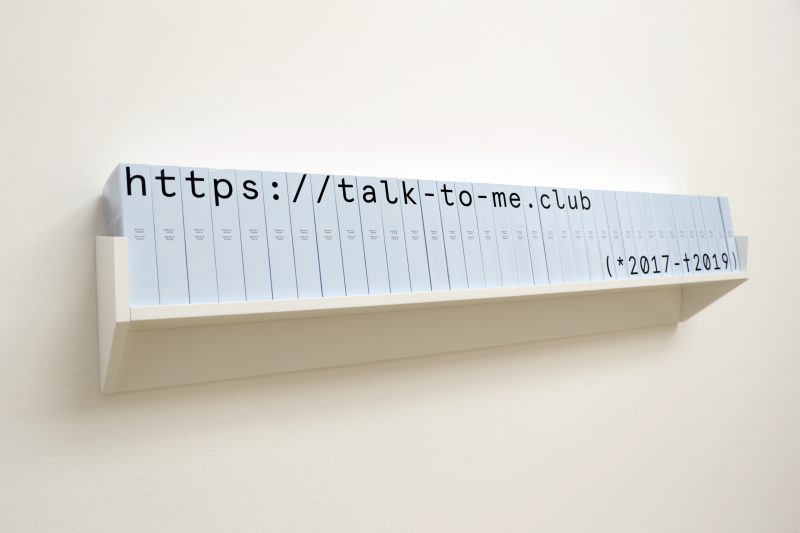 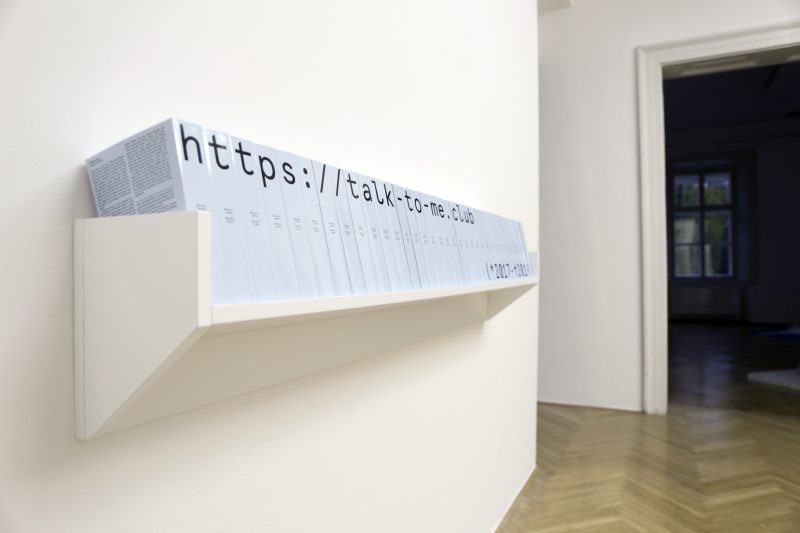 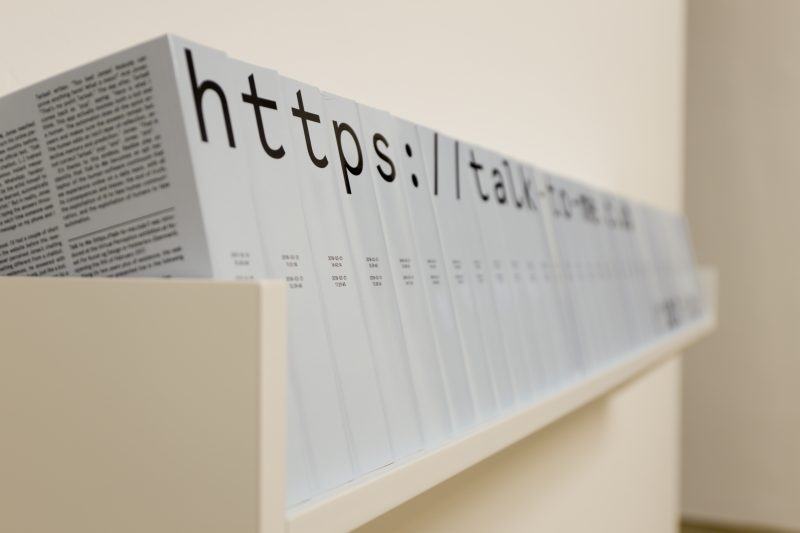 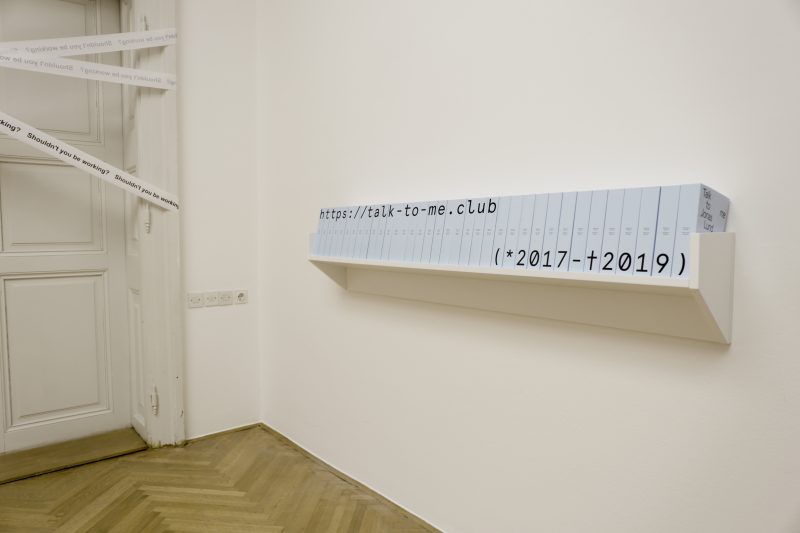