The exhibition’s title, Electronic Superhighway, is taken from a term coined in 1974 by South Korean video art pioneer Nam June Paik, who foresaw the potential of global connections through network technology. Arranged in reverse chronological order, Electronic Superhighway begins with works made at the turn of the millennium, and ends with Experiments in Art and Technology (E.A.T.), an iconic event that took place in 1966. Spanning 50 years, from 2016 to 1966, key moments in the history of art and the Internet emerge as the exhibition travels back in time. 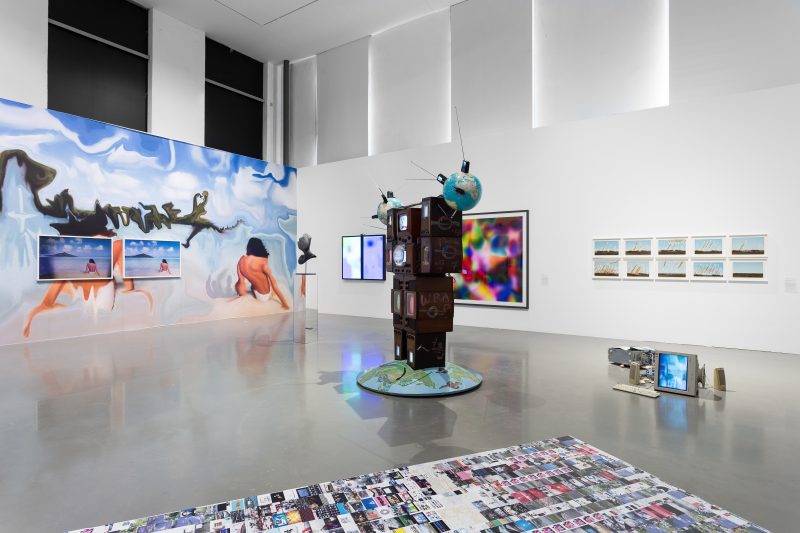