The exhibition Distracted Audiences. The Economics of Attention refers to the issues of experiencing an art work and the functioning of the artist, art objects and the audience in the “age of distraction”. The crucial topic is the question of aura and its loss in the context of the excess of information and the dynamic development of visual culture, where images are subject to constant manipulation, repetition, mixing, after which they are further passed on. Their trajectory involves endless additions and losses of data.
Hito Steyerl in her famous essay “In Defense of the Poor Image” ponders, drawing on Walter Benjamin’s reflections, what today, in the times of technological reproduction, we can see as an art work (in reference to the category of aura). The author claims that the aura of images now consists in the loss of quality, data and “originality”. Steyerl also points to the egalitarianism of the poor image and the resultant egalitarianism of art. At the same time, she underlies the treacherousness of this levelling, which may lead to the commercialisation and commodification of the visual sphere.
The term coined by Steyerl seems to be actual in regard to the so called “everydayness turn”, noticeable on the artistic scene, as well as the poor, unartistic materials used by artists in the creation process, and their attempts to reproduce the ordinary elements of reality in the field of art. On the one hand, artists make the most of popular visual culture by reversing its signs against itself, on the other hand, their interest in the found object is rather emotional and concentrated on examining the relations between humans and objects.
The exhibition presents a series of approaches, in which the use of visual clichés and structures borrowed from everyday reality, as well as the process of making art objects resemble commercial products, is an element which builds the meaning of the work (politically, as well). These works may be read as critical owing to the use of the aesthetics of form and the attempts at provoking in the spectator a gaze which has not been programmed before. A number of artistic projects seek to identify themselves with the visual reality of networks and environments distributing visual contents; yet, they are not solely their reproductions, but rather, processes which change the logic of what is known. The age of distraction seems to be a perverse realisation of Jerzy Ludwiński’s tenet of equalisation between art and reality; the Internet has become “a pulsating system”, a platform for the exchange and creation of tensions and contents.
Thus, does the idea of the authenticity of an art work have a right to exist in late postmodernity? Do the aesthetics of poor images and objects, which question the traditional perception of an artist and art work, as well as knowledge, actually renegotiate these relations anew? 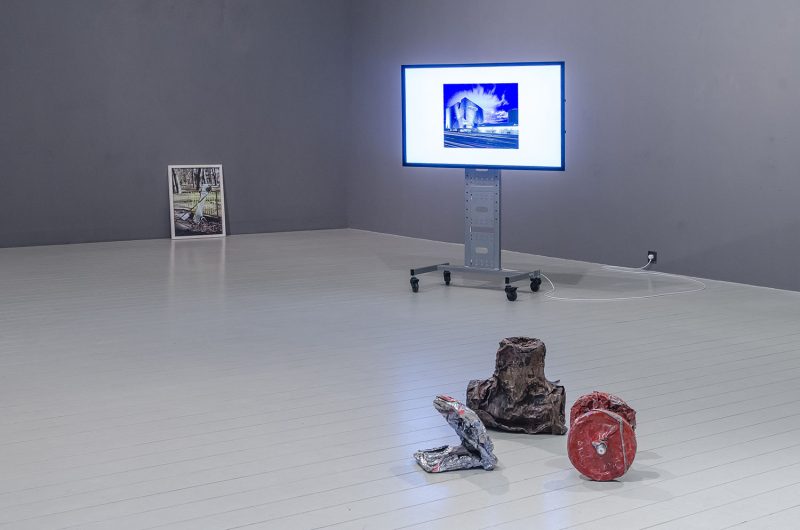